Read our review for the ultimate guide on how to play Gonzo’s Quest Megaways Slot by Red Tiger Gaming. 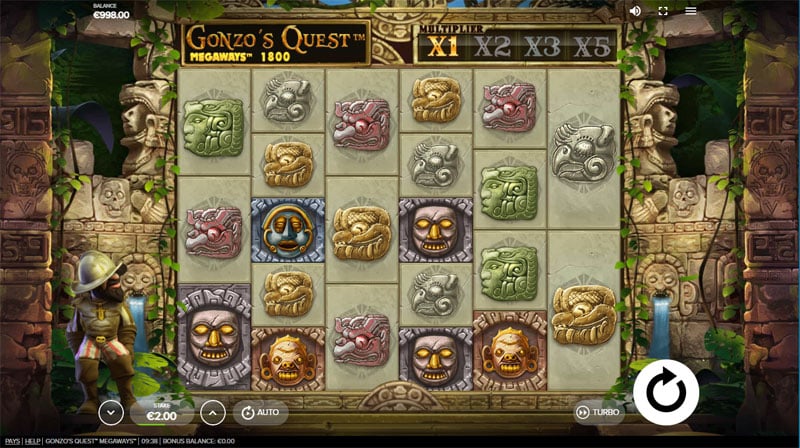 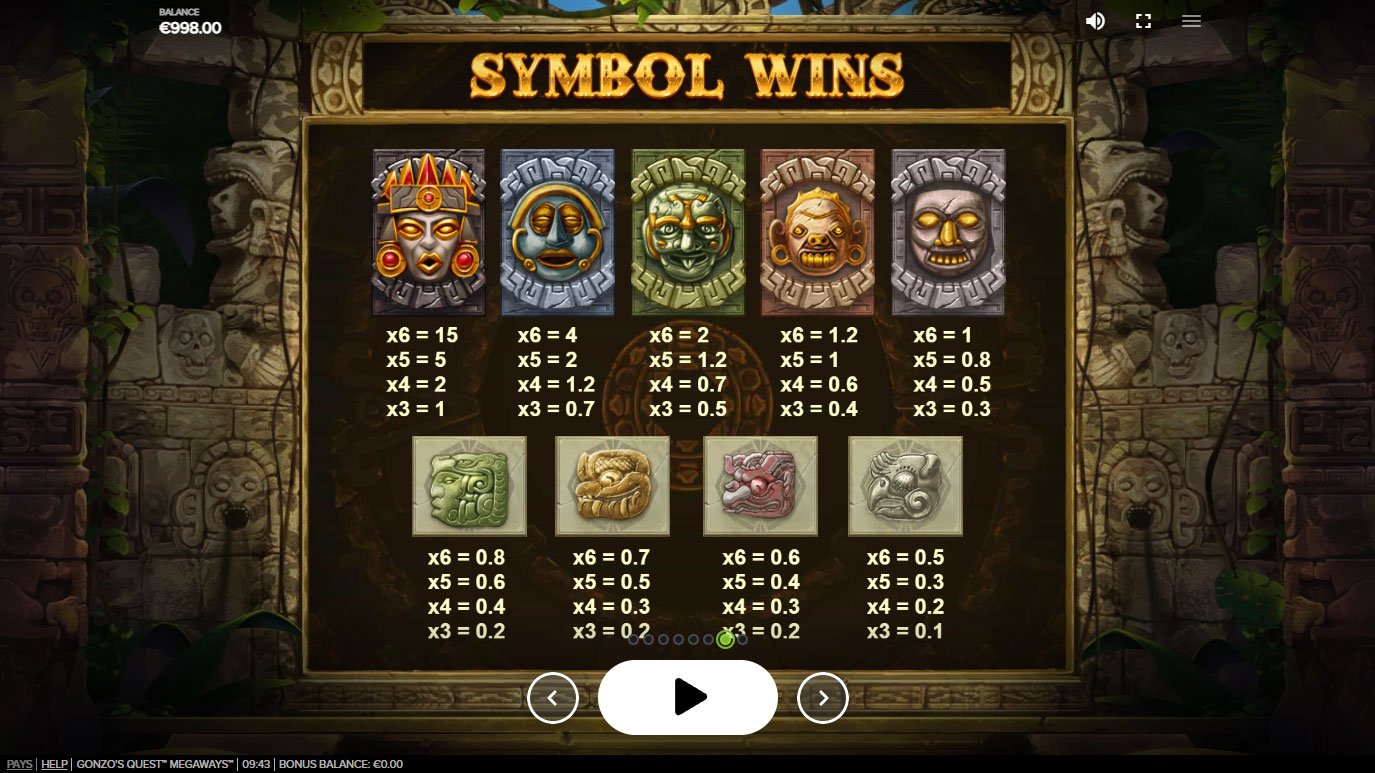 You play this video slot on a six-reel Megaways board. Each spin changes the height of the reels, varying from two to seven rows. Gonzo’s Quest Megaways offers 117,649 ways to win at its full size. The backdrop is a visually upgraded version of the original game, right down to Gonzo leaning against the wall. Charming graphics are enhanced by the inclusion of a fun, tribal soundtrack that helps set the adventurous mood. You can look forward to various entertaining features that will keep you playing for days. In every way imaginable, Red Tiger’s slot is an improvement on the original title. 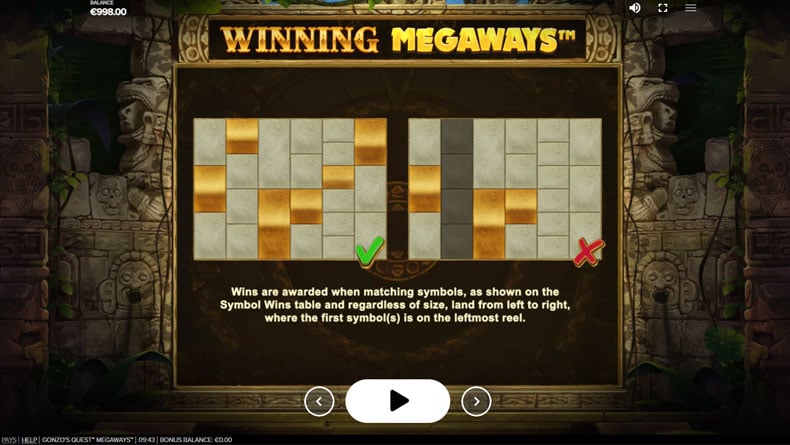 This game is delightfully feature-heavy. The Avalanche and Avalanche Multiplier bonuses make a triumphant return. Additionally, you can look forward to Earthquake, Unbreakable Wilds, and free spins features. Each plays a part in making Gonzo’s Quest Megaways a thrilling release. 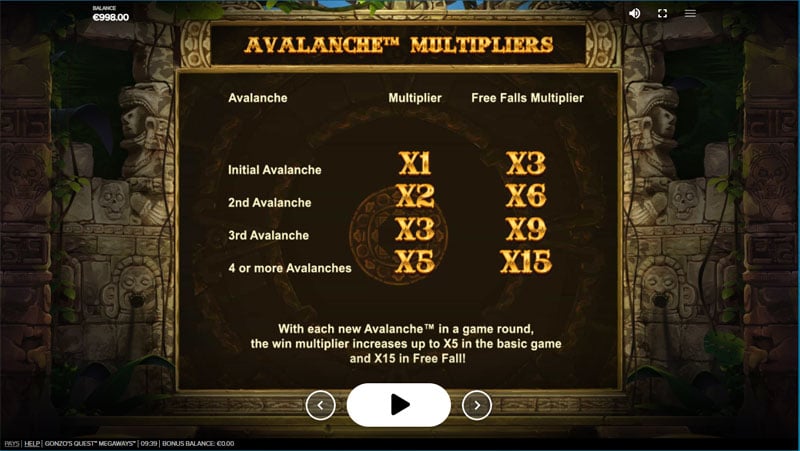 The Avalanche bonus removes all winning combinations from the playing field when they win. New symbols fall to fill in the gaps, allowing you to chain multiple consecutive wins. Avalanches continue until no more wins are possible. Furthermore, each Avalanche increases the game multiplier up to 5x. The multiplier resets at the end of the spin. 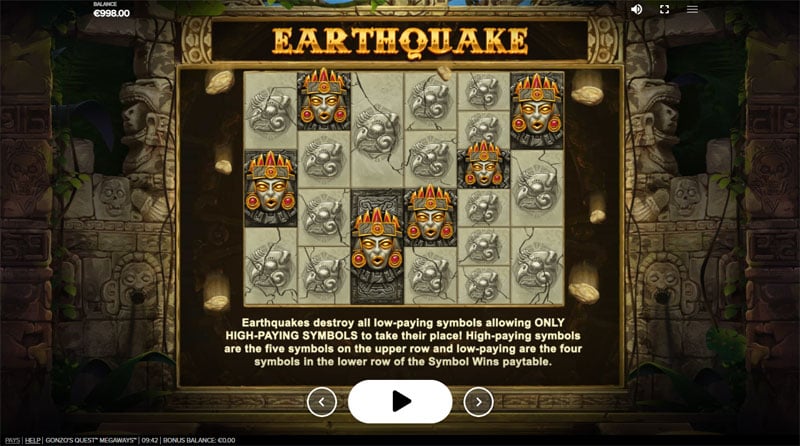 Earthquake is a new feature that triggers randomly. When it happens, all low-value icons disappear. Only high-paying symbols can take their place during the following re-spins, increasing your odds of landing a more significant win. 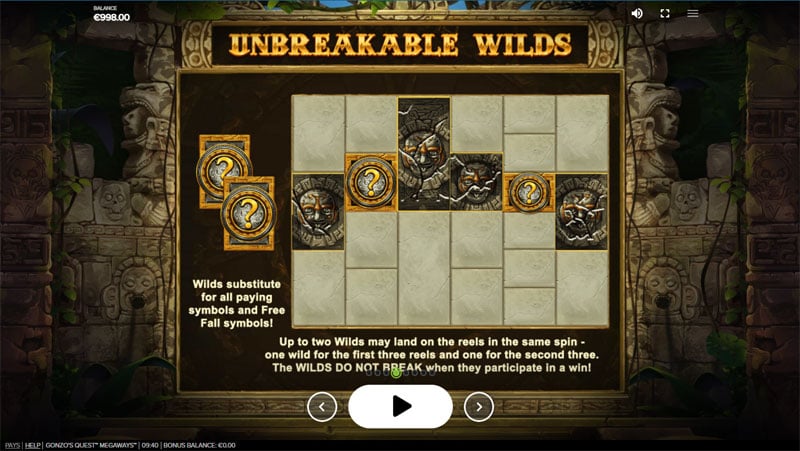 Red Tiger’s release has two Unbreakable Wilds. One can land on the first three reels, and the other can appear on the last three reels. When an Unbreakable Wild is part of a winning combination, it does not disappear. They can substitute for all icons, including Scatters. 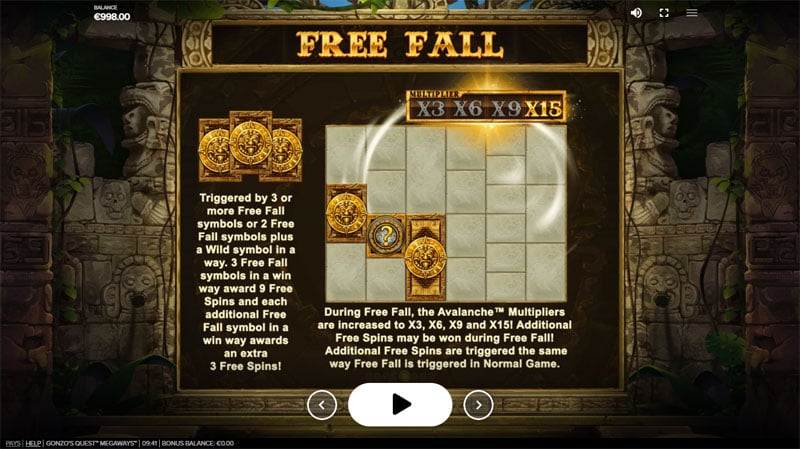 Land three Scatters on adjacent reels starting with the leftmost reel to win the free spins feature. Additionally, you can get two Scatters and a Wild to achieve the same effect. You get nine free spins and three more for every extra Scatter. During the Free Fall bonus, the Avalanche multiplier progression is 3x, 6x, 9x, and 15x. You can win additional free spins during this feature.

What is the RTP of Gonzo’s Quest Megaways Slot?

What is the volatility of Gonzo’s Quest Megaways Slot?

What is the maximum win on Gonzo’s Quest Megaways Slot?

The maximum win on Gonzo’s Quest Megaways is 21,000x your total stake.

Where can I play Gonzo’s Quest Megaways Slot for free or real money?

You can play Gonzo’s Quest Megaways Slot for Free or Real Money at PlayFrank Casino.