Celebrate Appreciate a Dragon Day with These Fiery Dragon Slots! 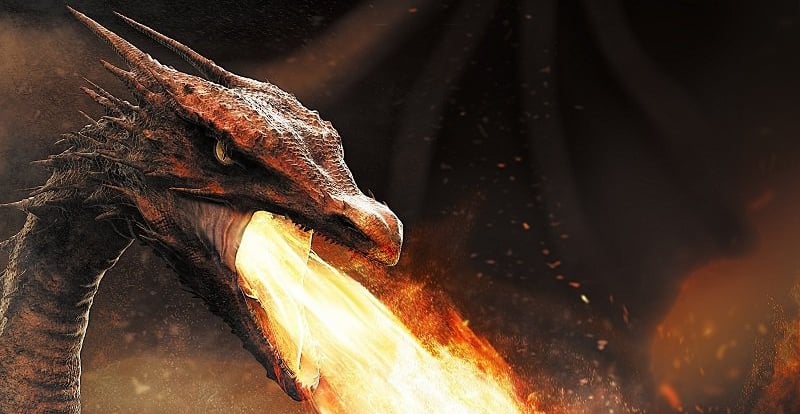 Dragons are powerful, fire-breathing, mythological creatures, and in many cultures across the globe symbolise good luck. Today, January 16th, is Appreciate a Dragon Day, and to mark the occasion we have compiled a list of our top six favourite dragon slots available for you to play here at PlayFrank. If you’re in search of a dragon (or six!) to show appreciation then read on as we’re sure our list is bound to get you all fired up.

Dragon’s Luck Power Reels, a dragon slot with a difference featuring a 6×10 grid, tops our list. This dragon game is adorned with lucky Chinese symbols set within a secret temple and guarded seemingly by two lifeless dragons. During play, as if by magic, the dragons will randomly come to life breathing fiery balls of good fortune across the reels, transforming any gold dragon coins into new symbols and giving you the chance to win big.

Keep an eye out for the number 138, which in Ancient Chinese is a sign of wealth and of prosperity. In keeping with this tradition, landing 10 of these symbols across a pay line will see you rewarded with mighty wins of 3888x your stake.

Next to make it onto our list of dragon slots is Habanero’s Dragon’s Throne, a 5-reel, 3-row slot where you’ll join dragons and the princess, who is the wild, in a battle against the forces of darkness. This slot boasts the Dragon Fight bonus feature, which not only triggers free spins but also gives you the chance to activate 3x multipliers in a spectacular showdown.

This unusual bonus feature will make a fire breathing dragon out of you yet as two animated dragons appear on screen with the one on the right fighting for you and the one on the left fighting for the opposition. Each winning combination sees you ‘defeat’ the opposing dragon and remove health points. Defeating all four increases the multiplier to 3x in the final fighting round. Wins of up to 25,000 coins will well and truly earn your seat at the Dragon’s Throne.

What’s better than appreciating one dragon? Well, how about two! Particularly when combined, as they reward expanding wilds, sticky wilds and re-spins, not to mention free spins! Although the title of this dragon slot suggests otherwise, this plucky pair actually work together in order to secure maximum wins for you of up to 120x your stake.

Red Dragon Vs Blue Dragon features 50 fixed paylines and it could be said that these two come together like Ying and Yang – possibly why the symbol features in the game. Look out for this friendly symbol because five Ying and Yang scatters across a payline will reward you with 10 free spins, all of which are played on a special set of reels. Ready? Then let’s unleash the dragons.

As we already know dragons symbolise good luck. But here’s another fun fact: in Chinese culture, the number 8 is an extremely lucky number and is heavily associated with fortune. We simply couldn’t miss out on two lucky elements being combined in a dragon game and this is why Dragons Lucky 8 makes it onto our top dragon slots list. This 6×3 dragon slot features 20 lines and the wild is none other than a dragon – the most valuable symbol in the slot game.

A winning combination of six dragon wilds across a payline will see you rewarded with a payout of 500x your stake. Dragons Lucky 8 also benefits from various bonus features, including one offering up to 30 free spins and special symbols such as an 8x multiplier if, of course, you’re lucky enough.

Phoenix and the Dragon by Microgaming

It’s a clash between mythology’s most revered creatures in Microgaming’s slot Phoenix and the Dragon. When both the phoenix and dragon symbols land on reels one and five you’ll activate the Phoenix and Dragon bonus feature. During this bonus feature, you’ll have to make a choice on who will emerge the winner in this epic showdown between the pair.

If you back the mighty dragon to win and it does, this will result in a 2x multiplier being rewarded to you, triggering the Dragon Cloud feature, where you can go on to win even more cash prizes. If the fiery phoenix is your choice, you will be rewarded with 8 free spins and trigger the Phoenix free spin round should it emerge victorious. Will you back the phoenix or the dragon? It’s your choice, although it is Appreciate a Dragon Day today, so, you know, just saying.

A Dragon’s Story by NextGen Gaming

Even dragon slots have their endings and so we move on to the final dragon game to help you enjoy Appreciate a Dragon Day. We conclude our list with A Dragon’s Story by NextGen Gaming, where we have our last encounter with our mythological friends.

Set within the dragon’s lair, this flaming slot contains some wondrous bonus features, such as a SuperBet feature, which offers you enhanced wilds that appear more frequently in the reels, assuming you’re happy to wager a little more than you would in the base game. Wilds are a big red dragon, and should you land five of these across a payline you’ll be rewarded with a legendary win of 2,000x your stake.

Have fun with our wide selection of dragon games and much more at PlayFrank. To play simply log in and let the games commence. If you don’t yet have an account, registering is quick and easy and once you’ve signed up you can start playing over 2,500 slot games straight away.