So, how are you celebrating Video Games Day?

Happy video games day, everyone! Wait, you didn’t know? The 8th of July is the International Video Games day that all players celebrate by, well, playing video games (duh!). So, why have a specific day dedicated to video games? Because for many years now, video games have formed an extremely important part of popular culture.

During the 1970s and 1980s, when technology became affordable, video gaming entered our lives and have since then become an integral part of the entertainment industry. How popular you ask? Today, the video gaming industry is valued at around $138billion.  For comparison, the global film industry is worth $136 billion. Considering its size (monetary) and fan base world over, it is therefore not a surprise that we have an international day dedicated to this phenomenon.

The traditional way to celebrate this day in authentic ‘geek style’ is usually by participating in various video game events and competitions, or having extended game nights with friends. However, we have a better idea. How about having a video games themed slot marathon? Then, you’ll not only win points but some real coins too. Here are our top slot picks from the different decades of video gaming.

One of the earliest arcade games to achieve mass popularity was Atari’s Pong. Released in 1972, Pong was an 8-bit audio and pixel art game based on tennis. The game still remains in the hearts of video game players even after half a century later. And so, 45 years after the release of the original game, in January 2018 Pariplay launched the slot version of the game and sent all the gamer down the memory lane.

This slot not only scores high not only on the sentimentality board but also for its simple and yet true-to-the-original-game game mechanics. In this 5×3 slot machine with 20 betways, you’ll find the Atari Wild Symbol right in the middle of the reels. This symbols rotate along with the reels and helps you win one of the seven special bonus rounds that the game offers. And although the looks are retro all these seven features are ultra-modern: Wild substitute, Expanding wilds, Wilds with Free Spins, Wilds with 3x and 5x Multipliers and the ultimate Pong Feature. The game has an RTP of  94.66% and you can start spinning on this ping-pong reels from £/€/$ 0.20 which can be raised up to a maximum of £/€/$ 20 per spin. Here is one last trivia about Atari to make you try this cool retro game. Did you know that the co-founders of Apple Inc. – Steve Jobs, Steve Wozniak, and Ronald Wayne – all worked for this video game giant at the beginning of their career?

Another hugely popular slot that pays homage to the arcade-era is Red Tiger’s Arcade Bomb. Launched in December 2016, this slot too has a 5×3 grid with 20 bet lines and classic arcade graphics.  One main feature of this game is the ‘bombs’ that rain down onto the reels, lock, then count down to trigger winning explosions! This is a low volatility slot with a medium hit rate. Meaning, there will be a lot of winning bomb explosions on the screen where you can win up to 1000x your bet. The video slot offers an RTP of 96.15% and you can start spinning £/€/$ 0.20 and the maximum wager is £/€/$ 500. 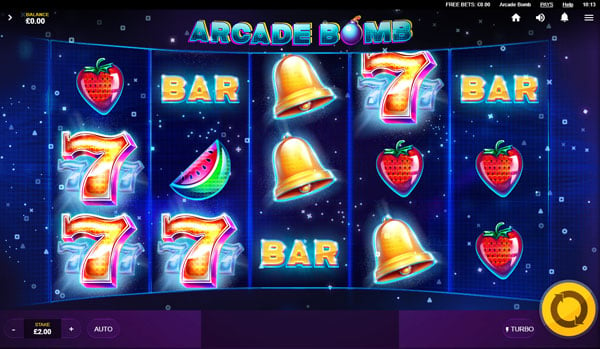 Two more games that will take you back to the electric 80s are Microgaming’s Crazy 80s and Netent’s Neon Staxx. Both games come with an enormous amount of neon colours, cool vibes and a funky synthesizer soundtrack that will give you a throwback of the ‘Dance Dance Revolution’ times! While the former is a five-reel, nine-payline slot that gives you a chance to win the huge jackpot prize, the later is a new 5-reel, 4-row video slot with Free Spins, Scatter symbols, Wild substitutions and the ultimate SuperStaxx feature. NetEnt’s slot is a low-medium variance game where you get an RTP of 96.90%, while Microgaming Progressive Jackpot offers you a return-to-player of  96.94%. What else is similar between these two slots? A gallon of non-stop 80s entertainment!

Get Hooked to the 90s Gaming Consoles Era

You can’t talk about 90s gaming without talking about Nintendo’s Mario Bros. It evokes special emotion in every 90s kid, and no, there are no exceptions to that rule. There is a Super Mario slot from Nintendo. However, it is a mini-game inside Super Mario 64 DS, which is a 3D remake of the original 1996 Super Mario 64 Mario game for handheld consoles. So, there is no real money prize. A better (paying) alternative is NetEnt’s Reel Rush that transports you to a Yoshi’s Island like reel-world. Also, this Mario-like 5×5 slot has more than just Mushrooms for you to gulp and get bigger. You get cube-shaped juicy tropical fruits, Free Spins, Wild substitutions and Re-Spins could make your wallet fatter. This is a high-variance slot offering an RTP of 96.96% and a whopping 3125 ways to win. What a fruitful game!

Remember Donkey Kong? Released in May 2016, The King Kong Cash slots takes heavily from the classic Nintendo video game in many ways. To begin with, this 5-reel, 3-row and 20 pay lines Progressive Jackpot game takes you on a jungle ride with Kong who is on a mission to find some real treasures. Then there are the video game-inspired bonus features like Banana Cannon Wilds (Kong fires bananas), Golden Barrel Super Spin (Kong hurls a barrel towards the of the reels), King Kong Trail (a trail where you keep collecting rewards) and The Big Monkey bonus game. This low-medium variance online slot offers a massive payout of 500,000 coins (one of the primary reasons behind its popularity). King Kong Cash has a decent RTP of 95.7% and you can start betting from £/€/$ 0.20 and go up to £/€/$ 200 per spin.

WMS was smart enough to tap into the popularity of this 90s iconic game and came up with an innovative Jackpot slot mashup version. Want to know how this fusion fared? Just set this 2-reels, 3-rows slot reels into motion and you’ll know. The symbols are five different colours of single blocks (obviously!) and the regular playing card. The game comes with 243 ways to win where the light blue blocks pay 3x your bet, the purple, green, yellow and orange pay 1x and the card symbols pay 0.2x the bet value. The slot has two main random features: Tetris blocks and Tetrimino bonus (20x payout). Also, there are three (mini, minor and major) Jackpots that pay 50x, 250x and 2,500x your bet amount, respectively. 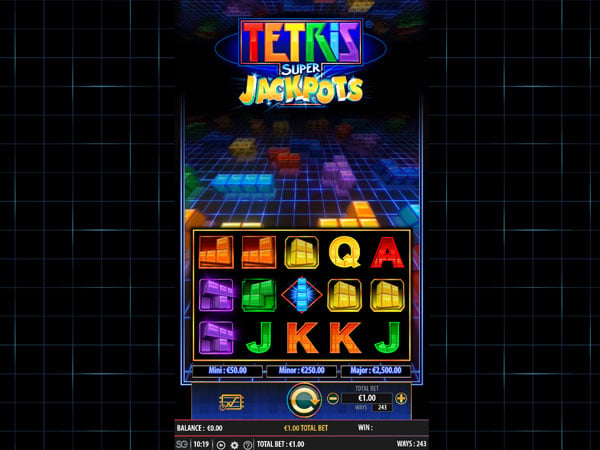 The Street Fighter is one of the most iconic games of not just the 90s but of all time.  If you were born during this decade and had one of the Nintendo home gaming consoles, you must have played this game. The slot version of this legendary video game isn’t as popular but worth mentioning. In the online slot game too you begin by choosing your fighter. You can choose from Ken, Sagat, Ryu, Chun-Li, and Guile. No, there is no Dhalsim, E Honda or Blanka! We’re pretty disappointed about that too.

The slot game is a 5-reel 25 pay-line game that can be played from as little as £/€/$ 0.01 per line up to £/€/$ 20 per line. The symbols include two fighters, boxing gloves, skull necklace, the customary poker symbols and the Street Fighter logo, which acts as a Scatter. Bison is the Wild symbol and he appears only on reel 4. The other Wild is the character you choose at the beginning of the game. When either of the two appears on the reels, they can substitute all other symbols (except the Scatter) to give you a winning combination. However, the most interesting part of this game is the Bonus Game – a fight between Bison and your chosen character. If you win the fight you win a top prize and if you lose you still get a small consolation prize!

Then Came the 2000s Computer Games

In the 2000s, when the world of movies and video games collided, there are many popular titles that also entered the video slot world simultaneously and were categorised under branded slots. Here are our top picks from that genre.

You can get a lot of GTA Vice City feels from NetEnt’s Hotline. Like GTA, this game’s graphics immerse you in old Miami with palm trees in the sunset, neon signs and fast cars. Released in 2018, this medium variance slot comes packed with classic features like Wilds and expanding Wild Substitutions, Re-Spins, and Free Spins. Hotline is also the first NetEnt slot to have the unique multi-level bonus bet feature: Hotline Bonus Bet. The game offers an RTP of 96.18%. So, there is a good chance of landing one of those great bonuses.

The Lara Croft series is another PC video classic that was made based on the Hollywood film of the same name. Microgaming brought Croft the slot world where she will be your aid in a 5-reel, 15-paylines game. This is a low variance slot and offers an RTP of 96.56%. The Tomb Raider Logo is the wild card, the Lara Croft symbol is the scatter and the Idol symbol is the Bonus card. The bets can range between £/€/$ 0.75, going up to £/€/$ 375. It is a progressive jackpot and the maximum you can win is 337,500x your bet. 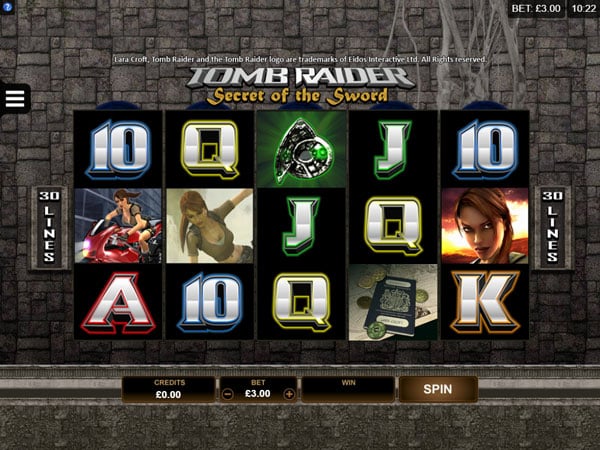 This one has exactly the opposite story. That is, Hitman is a classic game franchise from the 2000s that was later given a silver screen adaptation. Then came Microgaming’s slot version. Like in the video gaming world, here too you are a hired gun with a ‘contract’ and if you are successful in your mission you get a killer win of 270,000 coins. In this 5-reels, 15-paylines mission, Agent 47 gets silver pistols, a sniper rifle, a vial of arsenic with a syringe, a blade and a skipping rope on the reels as various symbols. The Wild is Agent 47 himself. The game has all the regular features such as Wilds, Scatters and Free Spins and offers you an RTP of  95.81%. You can load the reels bullets with as little as £/€/$ 0.01 that can go up to a maximum of £/€/$ 75 per spin.

The world of video games and video slot is too big to cover in one blog post. While the aforementioned slots are some of our favourite games, we would like to know what are your best-loved video games slots.

Tired of this genre of slot games? Don’t worry! At PlayFrank Online Casino we have over 2,500 casino games to keep all our players entertained. Registering with us takes only a couple of minutes and then you can play thousands of titles from all top game providers, any time, anywhere. Go ahead, try your reel-luck!